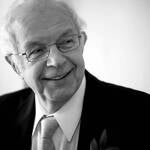 Tony worked for the IRS from 1971 through 1986 out of various offices, including Newark, New Jersey, Office of International Operations in Washington, D.C., San Juan Puerto Rico, and Chicago, Illinois. He worked in what was then known as the Collection Division and performed the duties of a Revenue Officer and Group Manager, including 2½ years as Chief of several sections of the Special Procedures Branch which handled many of the legal issues for the Collection Division.

Since leaving the IRS in 1986, Tony has been in private practice as a tax law attorney and has represented taxpayers before the IRS, IDOR and IDES dealing with various tax issues, including collection, audit and criminal issues.

Tony's other area of focus is bankruptcy law. In the latter part of his employment with the IRS, he headed the insolvency sections of the Special Procedures Branch in Chicago dealing with bankruptcy, assignment for the benefit of creditors and other related issues. In private practice he has represented numerous individuals and small businesses in Chapter 7, Chapter 11 and Chapter 13 cases, especially individuals and businesses with tax problems.

Tony is also experienced in working in a multi-cultural/multi-lingual environment. He was a Peace Corps volunteer for two years in Ecuador and worked with local farmers, credit cooperatives and other groups and individuals. When he was with IRS' Office of International Operations, he worked out of US Embassies and Consulates all over the world, including France, Switzerland, Mexico, Venezuela, Brazil, Argentina, Guam, etc. He lived in and worked for the IRS in Puerto Rico for close to three years. He speaks fluent Spanish. His wife and law partner is from Puerto Rico. He is also fluent in Lithuanian, his native tongue, and belongs to several Lithuanian or Baltic associations, including Chambers of Commerce and Bar Associations. As President of the Baltic Bar Association he helped to foster relationships with other Bar Associations, Chambers of Commerce, and individuals, one of whom became the President of Lithuania.

Tony is a graduate of Fairleigh Dickinson University in New Jersey and the John Marshall Law School in Chicago. He has published various tax and bankruptcy articles in the “NLA Review,” “DCBA Brief,” and “ISBA's Federal Taxation.” He has been a speaker or a panelist at Tax Seminars of the ISBA, DCBA and CPA groups, Symposia of the IRS/IACPA, meetings of chambers of commerce and training classes of the IRS.

Apart from his legal duties as a tax and bankruptcy attorney, Tony also enjoys writing. He has published technical articles dealing with both tax and bankruptcy issues, as well as more personal and creative ones that were published in Chicago Daily Law Bulletin, Lithuanian Heritage magazine, and Rivulets.

In addition, he has published several books. The first one, “Where Do I Belong?, An Immigrant's Quest for Identity,” was published in 2013. It is a memoir about his and his family's World War II experiences as Lithuanian refugees displaced in Germany before immigrating to the United States. The second one, a legal and political thriller, called “Chicago Tango,” was published in 2016. They are both available on Amazon.com, Create Space, and Kindle, as well as local book stores, by request.

You can find out more about Tony's literary endeavors at  https://www.author-tonymankus.com.

​Tony is married to Margarita Marchan-Mankus; they have four adult daughters.

Thank you for contacting us. We will get back to you shortly.

Please complete all required fields below.

[LAW FIRM NAME] Is Here for You

At [LAW FIRM NAME], [I/WE] focus on [PRACTICE AREA(S)] and [I/WE] [AM/ARE] here to listen to you and help you navigate the legal system.

We'll gladly discuss your case with you at your convenience. Contact us today to schedule an appointment.