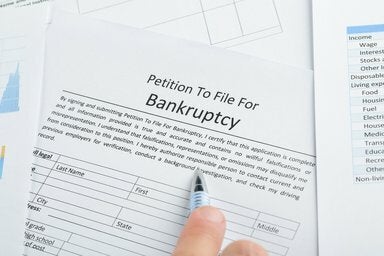 Among the options to consider in dealing with the IRS is whether bankruptcy might be a viable alternative. Sometimes it is the only option. Typical situations in which bankruptcy should be considered include the following:

In some cases bankruptcy should be considered as an option even if the taxes are not dischargeable. A common example would be non-dischargeable payroll taxes. If the business is struggling financially and runs up several quarters of payroll tax liabilities, the IRS may threaten to seize the business' assets or even shut it down completely. In that situation a Chapter 11 bankruptcy may be the only viable alternative to keeping the business in operation. A plan of reorganization in a Chapter 11 bankruptcy may give the business an opportunity to repay the tax liability (and other debts) over a period of five or six years, which is often more than the IRS will allow administratively to “pyramiding” taxpayers.

In some situations a Chapter 13 bankruptcy may be appropriate. One common example would be a taxpayer who has equity in a home and does not want to lose it in liquidation bankruptcy or in a foreclosure proceeding by the lender and/or mortgagee. Chapter 13 gives the debtor up to five years to pay off any non-dischargeable debt while keeping possession and ownership of his property. A small, unincorporated business may also use the Chapter 13 to continue to operate while it pays off the creditors through a plan. A Chapter 13 is less expensive than a Chapter 11 bankruptcy and is well suited to small businesses in the right circumstances.

​ We are a debt relief agency. We help people file for relief under the Bankruptcy Code.

Thank you for contacting us. We will get back to you shortly.

Please complete all required fields below.

[LAW FIRM NAME] Is Here for You

At [LAW FIRM NAME], [I/WE] focus on [PRACTICE AREA(S)] and [I/WE] [AM/ARE] here to listen to you and help you navigate the legal system.

We'll gladly discuss your case with you at your convenience. Contact us today to schedule an appointment.